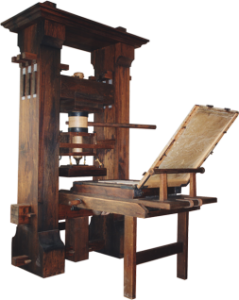 Watch the following Xerox ad that first aired during the 1976 Super Bowl. It humorously represents the communication opportunities before the Gutenberg press and after.

END_OF_DOCUMENT_TOKEN_TO_BE_REPLACED

Remember the TV series Friends? Monica and Chandler, Joey and Phoebe and Ross and Rachel all getting into situations and then gathering at Central Perk to talk. We’ll here’s The Nerdist’s take on how Friends would look like if it were set in today’s time.

I wonder if they would use Instagram or Snap Chat to take pictures of the ugly naked guy who lived in the apartment across the street?
END_OF_DOCUMENT_TOKEN_TO_BE_REPLACED