I grew up in a house in the middle of a 10 acre cherry orchard.  My parents were around 17 when they gave birth to me.  So, when I turned 10, they were 27.  They were my parents, but they were young people too.

I tell you all this to explain why at all my slumber parties we were allowed to turn the stereo up to 10 and dance into the wee small hours in the morning.  At my 40th high school reunion, they were still talking about those slumber parties.

Like you, music has played an important role in my life.  I remember when we got the Beatles’ Hard Days Night album.  In high school every dance had a Credence Clearwater Revival cover band playing.  In college, I listened to Chicago, Peter Frampton and Boston.

When my son came along we couldn’t start the day without dancing to Heart of Rock-n-Roll by Hughie Lewis and the News, Every breath you take by The Police or Born in the USA by Bruce Springsteen.

For years the music business thrived.  Not so much today.  While there has been a recent upswing in music sales there was a long, dry spell. According to Statista, sales of CDs, LPs and digital music sales have dropped steadily since 2009. The only bright spot is an increase in vinyl sales, but we’re well past that spike.

Problems with the music business started long ago.  In the early days of radio, you’d have to slip the DJ some dollars or booze or some other “service” in order to get your record on the air.  At the time, radio was the only way for record labels to get the music out to the buying public.  Remember, there was no Rolling Stone magazine, no MTV, no YouTube.  If you wanted to make sure your artist got air time, you had to pay up.  It was called Payola.  (I debated whether to use past or present tense.  There are those who say Payola still exists.)  In the early days of radio it was legal, and even customary, for record labels to pay DJs to play their records.

If it was a popular DJ, like Alan Freed on WINS New York, then music fans were more likely to go buy the record because it was endorsed by the DJ.  Eventually, Congress got involved.  Big time DJs like Dick Clark and Alan Freed were called to testify and payola became illegal.  This 3 minute video gives you some background.

I want my MTV… 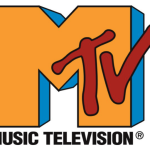 1981 marked a revelation in the music television.  When MTV launched a new way of marketing music began.  Instead of relying on radio stations to get new music out to fans, music artists and promoters had a new venue.

Record labels gladly turned over their artists’ music videos for free in hopes of making MTV’s playlist.  It was like free advertising.  And MTV raked in the bucks.  Then the music industry said… “Wait a minute.  We’re providing them with the product, MTV is making money using our product and we’re not getting a cut of the action.”  But without MTV exposure record sales would suffer.  Also, without industry backing, indy artists had a tough time making videos worthy of MTV airtime.

MP3 files were small enough that it finally made it easy and fast to share digital music.  Napster made it even easier.  Through Napster you could share music with the person across the fence or across the world.  While all this music sharing was great for music lovers, it was not so great for music makers.  It’s hard to make a buck if one person buys your CD and then shares it with the world.

The question of intellectual property and copyright became huge issues.  I recommend you watch the AOL documentary about Napster, called “Downloaded.”  This trailer for the documentary gives you a basic idea of what was going on.

Keeping up with technology

For many years the music business had it going on.  It adapted and even encouraged new technology.  My brother installed an 8-track player in his Mustang hatchback.   When he plugged in his Aerosmith tape, he was one cool dude.

Later, when technology changed again, my brother was one of the first to get a cassette player that automatically played the flip side.  (Before that you’d have to physically eject the tape, flip it over and then insert it back into the player.)

It’s when the music industry entered the digital era that things went wrong.  They didn’t adapt to technology and it ate them up. They’ve been fighting an uphill battle ever since. 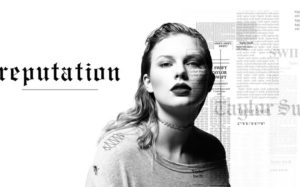 I don’t need to tell you how big Taylor Swift is.  Her Facebook page has over 71 million “likes” and over 73 million followers.  Over 83 million people follow her on Twitter. Her Reputation album was the first to sell over 2 million copies since 2015.  The album went on to sell over 4.5 million copies.  (That’s exactly 4.5 million more records than I have sold in my entire lifetime.)

Bottom line, when Taylor Swift speaks, the music world listens; including the biggest giant of them all, Apple.  A few years ago, Swift sent an open letter out via Tumbler that got Apple to change their artist payment plan during the three month trial period of its new music service.

This CNBC report sums it up nicely.

In 2014, Spotify became a Swift-free zone when the singer pulled her music over revenue disputes involving her and less known artists.

Swift went back on Spotify in 2017 after the streaming giant’s CEO Daniel Ek traveled to Nashville multiple times to end the feud.  Swift even Tweeted about an exclusive release of the video for Delicate only on Spotify.

So, now that Taylor is back on Spotify, will streaming save the music industry?  This Bloomberg Technology report touches on this idea.

Recently, I asked a younger friend when was the last time he paid for music.  He looked at me sheepishly and admitted it had been a very, long time. He just downloads songs from YouTube.

Watch the videos embedded in this blog.  Click on the links to the articles and give them a read.  Do some research on your own.  Look a little deeper into the impact of Payola, MTV, Napster, and streaming music had on the industry.  Find out  what the music industry has to say about itself. Then head over to the Blog:MusicFuture discussion page and describe what you’ve learned about the music industry.   Make sure to include the following: