Chances are you were toddlers or younger.  Heck!  Some of you might not have been born yet.

I was in my Weber State University office working. My friend called and wanted to know if I started recording the news.  When I asked why, she told me to get in front of a television set, now!  I did. That’s when I saw the replay of the second plane crashing into the second tower.

The next 36 hours were filled with my news students gathering stories and putting together a newscast focused on how the terrorist attack impacted the university, the community and its people.

At the end of the day on 9-12, a student called me over to the computer and said, “Terri, you’ve got to look at this.”  Here’s what the email he opened looked like. 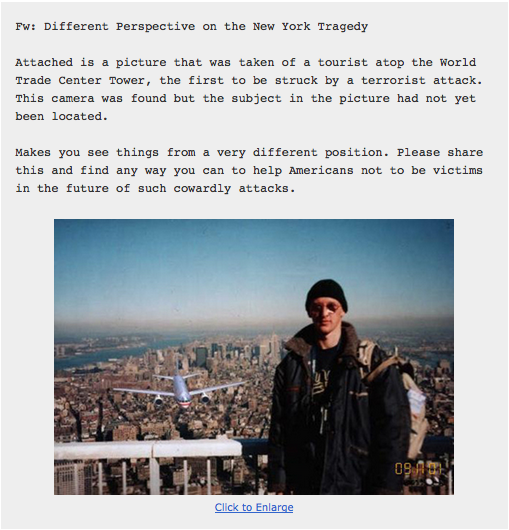