Gaming.  What do I know about gaming?  Nothing. Nada. Ziltch.

Okay, that’s not true.  I did a little research and now I know gaming is a $60 billion dollar a year industry.  It is so big, so incorporated into society that even the academic world takes it seriously.

Games and Culture: A Journal of Interactive Media has been in publication since January 2006.  Each journal asks psychologists, sociologists, communication specialists and more to share what they learned about gamers communicate, how they associate with each other and what they can accomplish working collaboratively.

In one issue they look at how propaganda is being used in EVE Online.  Another article looks at the differences of culture between American and Russian players.  Apparently, there’s a perception that Russians approach the game in a more criminal manner.  The study shows it’s just part of their culture.

Thanks to my work with the students at CentralNewsWatch, I’m also aware of the growth of ESports.  In fact, the NCAA is talking about considering make ESport gamers NCAA athletes.

What else do I know about gaming?

I know that when Pong first came out in 1974 my boyfriend gave my little brothers his old television set to use to play the game.  The pong ball bouncing across the screen would eventually leave tracers across the screen.  Not something you want to see on the family color television while watching All in the Family, M*A*S*H and Hawaii 50.

Watch this Pong video for just the first 45 seconds or so.  Be prepared for your heart to start racing and your palms to sweat.

See.  What did I tell you?  Let me give you a couple of seconds to get your heart rate back to normal.

In the early 80s I really got into gaming, for about a month. Burger Time had little chef who walked around a maze to build hamburgers while avoiding pepper shakers.  Again, keep your heart medication close at hand as you watch this pulse busting video game.

Again, that’s some pretty exciting action going on the screen there.  I wonder what the fried egg was all about. 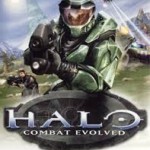 Around 2001 I noticed students not showing up for class.  Their reason?  “I just got caught up in Halo, Terri.”

In 2004 I started hearing about guys parked in front of their gaming console for hours at a time.  Only this time they were playing in teams with people around the country and even around the world.  One of my friends referred to herself as a World of Warcraft Widow.

Now, a hero from my childhood sings the theme song to another game, Destiny.  Paul McCartney told Jon Stewart he took the gig so his grandkids would think he was cool.  (Imagine Paul McCartney not being cool.  I just can’t do it.)

What! Video games AREN’T bad for you?

I looked for resources to tell me video games are bad for people.  Instead what I found was that video games can be good for you (when played in moderation).

An article in Pediatrics, the official journal of the American Academy of Pediatrics, did a study of 4000 high school students in Connecticut.  Basically only students who identified themselves as hard core gamers had problems with grades, extra curricular activities and use of drugs or alcohol.

A German study found that playing Mario is like steroids for the brain.  They even think it could improve brain function for people with mental disorders.   The same article claims video games can help children with dyslexia read better, help seniors stay more active, provide pain relief and even improve your eyesight.

In my quick search I had a difficult time finding recent, credible sources who said gaming (in moderation) is bad for you.

And then I saw this TED Talk video.  It’s a big old (2010) but it presents some interesting ideas.  Jane McGonigal is a gaming designer.  She contends that if more people played video games more of the world’s problems would be solved.

I did another search and found this 2012 TED Talk video.  Daphne Bavelier is a research professor in brain and cognitive sciences at the University of Rochester, one of the top research schools in the U.S. She says even action-packed shooter games, can help us learn, focus and multitask.

Watch at least one of the two TED Talk videos.  Based on what you know about gaming, do you back Jane McGonigal’s idea that more of us should be gaming?  Or Daphne Bavelier’s research that shooter games help with learning, focus and multi-tasking?  Why or why not?
Your response should demonstrate you did watch the McGonigal and/or Bavelier video.   Worth 15 points.

What’s your experience with playing video games?  Is it a positive or negative experience?  Worth 10 points.

Upload your response to the Blog#14:Gaming discussion board.  I encourage you to comment on the posts, but it won’t be part of the grading criteria.