Do you see the horse in this picture?  If you can’t, well, you’re dumb.

It’s a picture of a horse.  Trust me.  All you have to do is turn your head to the right and you’ll see it.  See.  See how dumb you were?

Okay, I know you’re not dumb.  You just didn’t perceive the picture the same way I did.  That’s the tricky thing about perception. What may be true for me, may not be true for you.

To say someone’s perception is wrong is, well, just plain wrong. Each of us perceive things differently.  Our perceptions influence which truths we see.  Understanding how we form our perceptions can help us better understand how we communication and how people communicate with us.

Each of us pick up on different things that create our perceptions.  It’s called the perception process.

Selection: The first step is selecting a stimulus

Our five sense are on the job, all the time.  All. The. Time.  Our sense pick up on hundreds of sights, sounds, smells, tastes and textures every minute of every day.

Fortunately, we don’t pay attention to all this input all the time.  If we did, it would drive us crazy.

Let’s put it to the test.  Close your eyes.  Listen.  I bet you hear, taste, smell or feel something you weren’t paying attention to before.  (When I do this in class I generally point out the sound of the over-head projector.  Generally, people don’t hear it until I bring it to their attention.)

What causes us to pay attention to what our senses are sensing?  (Other than your instructor pointing a noise out to you?)  Well, it is based on repetition, intensity, or if we are in the process of changing. 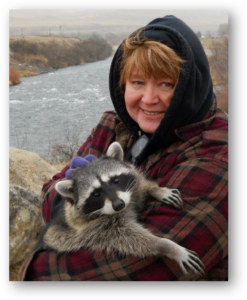 Organizing: We organize the stimuli that grabs our attention based on our experience, background, culture, age and a lot of other stuff.

Yup, that’s me holding “Ricky” raccoon.  Several years ago I became an adoptive “mom” to two raccoons.  My brother found them when running a backhoe on his property. They were so young their eyes were still closed.  We bottle fed them for months on a mixture of kitten formula and baby rice cereal.

The best story has to be when my brother filled up his truck at the gas station.  An RV pulled up and a bare chested guy jumped out and walked in toward the store.  Suddenly he stopped and pointed to one of the raccoon’s heads sticking out of my brother’s pick-up canopy.  “Is that a raccoon?”  My brother said, “Yes.  And look at this.”  He pulled back the canopy window and the second raccoon stuck his head out.  The guy looked at Don and said “Hold on, hold on, hold on.“

He ran back to the RV and out stumbled seven other guys.  My brother realized it was a mobile bachelor party when he spotted the blow-up sex doll in the RV’s back window.

My perception of raccoons as fun little picture magnets wasn’t always like this.  Before I became a raccoon mama this is how I organized all raccoon stimuli:

But my adoptive raccoon mom experience changed my perception of raccoons. BTW- That’s my brother, Don, in the middle. (The guy with the beard, not the bandit face!)

Interpreting:  How you organize the stimuli will determine your perception

Let’s put it to the test, again.

Beautiful picture, right?  But can you see the woman in the picture? 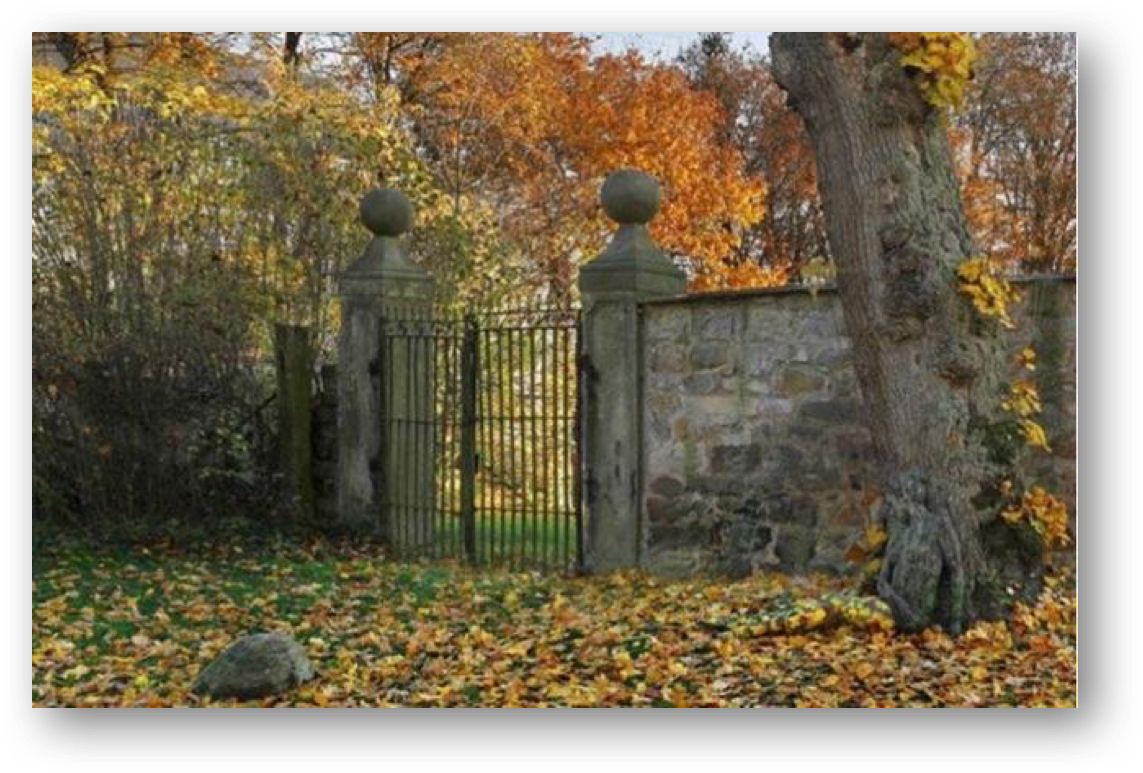 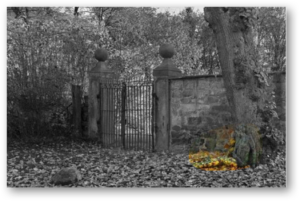 I turned everything black and white, except the woman at the base of the tree.  She’s sitting on the ground with her head facing away. Her right arm is bent at the elbow and resting on her lap.  Her left hand sits on the ground, supporting her.  Leaves cover her outstretched legs. 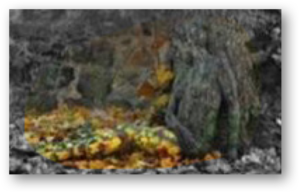 I never found the woman on my own.  My sister had to point her out to me.  Now, whenever I see this image, the first thing I see is the woman.  My perception has changed.

So what’s the lesson here?