When I first moved to Utah back in the 90s, I was “between jobs.” That meant I couldn’t find a full-time job. But I did find a lot of part-time jobs. That’s how I got into teaching. Weber State asked me if I would teach a class about writing commercials. “Sure. I can do that!”

My son attended an elementary school without a gifted program. His teacher and I created one. I hung out at the school so much they asked me to become a substitute teacher. “Sure. I can do that!”

And I did. Most of the time I substituted in 2-4 grade classrooms at my son’s elementary. But, one day I got a call from the school district. They wanted me to fill in a couple of days for a middle school music teacher. I answered hesitantly, “Uh…sure.. I can…do…that… maybe…”

While I played piano and flute, you could generously say I had a limited knowledge of music. My interaction with middle schoolers at the time was also limit. Based on the stories the elementary teachers shared, my perception of middle schoolers boiled down to one word: Hellions.

I wasn’t wrong. In the first band class I raised the baton to start the class and heard a noise similar to a slow motion car collision. Wrong notes, no rhythm, no talent. It sounded like it was the first time they had ever picked their instruments.

It was. As a substitute teacher prank, those little hellions switched instruments with each other. They blew on bassoons or bang on a drum they had never played before. Score: Middle schoolers – 1. Terri – 0.

That afternoon I stood in front of the choir class. I ran them through the songs they would sing for an upcoming concert. Part of the concert featured 60s and 70s protest songs. Two of the songs I knew from my own middle school days.


The second song… Boy Dylan’s 1962 Blowing in the Wind…asks questions about war, peace, the environment, social status, acceptance and freedom.

In his album comments, Dylan tried to explain his ambiguous answer.

Too many of these hip people are telling me where the answer is but oh I won’t believe that. I still say it’s in the wind and just like a restless piece of paper it’s got to come down some … But the only trouble is that no one picks up the answer when it comes down so not too many people get to see and know … and then it flies away. I still say that some of the biggest criminals are those that turn their heads away when they see wrong and know it’s wrong.

While it is Dylan’s song, it had the most commercial success when folk group Peter, Paul and Mary released it.

Mary Travers, the Mary in Peter, Paul and Mary, said the song was a song for all times. (Perhaps even for our current times?)

To sing the line, “How many years can some people exist before they’re allowed to be free?” in front of some crummy little building that refuses to admit Jews in 1983, the song elicits the same response now as it did then. It addresses the same questions. “How many deaths will it take till they know that too many people have died?” Sing that line in a prison yard where political prisoners from El Salvador are being kept. Or sing it with Bishop Tu Tu. Same response. Same questions

Umm…Terri… you started telling us a story about teaching hellions…

So in the choir classroom, I raised my baton and the little hellions started singing. Technically, they were good. But they just sang the words. No inflection. No passion. No meaning.

My little singing hellions had no idea about the meaning behind the words or why they were important. That’s when I put down the baton and started my rant.

I told them when protesters sang these songs during the Vietnam War, their friends, their brothers, their uncles put their lives on the line for a war that had no meaning and couldn’t be won.

I told them my best high school graduation present was when they called off the draft. That meant that the guys I grew up with wouldn’t have to go to Vietnam.

I told them this all happened during a time of great change and great tragedy. Assassins killed John F. Kennedy and Martin Luther King. Five years later they assassinated Robert Kennedy. ( Dion sang about the assassinations in the song Abraham, Martin and John. )

I told them all that I could remember about that era. I was passionate. Then, I picked up the baton and said “Let’s try it again, with feeling.” Those little hellions didn’t sound any different to me. Score: Hellions – 2. Terri – 0.

Later that week I received a call from the music teacher. She said when she rehearsed with the choir she sensed a different attitude. She could hear it. Her little singers seemed more passionate and even a bit pissed off about injustice. “What did you tell them?” she asked.

The score remained the same: Hellions – 2. Terri – 0. But thanks to those little hellions, I fell in love with the power of teaching!

Lose those kicks and that fly ice and we’ll marinate. Let’s talk the shiznit while licking skizzle Big Willie Style.

It should be obvious by the header for this section, I know little to nothing about rap and hip hop. But then I did some research….

On the 4th of July in 1986 Run DMC dropped the song “Walk this Way.” It turned out to be my first introduction to rap music, thanks to the featured artists, Steven Tyler and Aerosmith.

The song got heavy rotation on both urban and rock radio station playlists. It played over and over again on this new music channel called MTV. It’s considered the first hip hop hybrid video. The Run DMC version actually charted higher than Aerosmith’s original song. While it made money it also introduced a lot of white suburban kids to a new kind of music.

My next connection to rap and hip hop centered around the casting of Ice-T as Detective Odafin Tutuola on Law & Order: Special Victims Unit. I knew Ice-T rapped. What I didn’t know is how bad he pissed off law enforcement with these four lines from a song.

1991’s Cop Killer grabbed the attention of law enforcement. And politicians. Here’s how the beginning of a August 20, 1992 Rolling Stone cover interview with Ice-T about the song began.

In the Rolling Stone interview, Ice-T said people took the lyrics out of context. The song wasn’t about killing cops. The song was about the frustration of being a Black kid in America.

The record says, “I’ve got my black shirt on, I’ve got my black gloves on, this shit has been too long.” That’s a very important line. He’s saying, “I’m sick of it, I know your family’s grieving, but our family’s grieving, too.” It’s like there’s no mercy in this situation it’s time for me to go out and get even. He’s not trying to get one-up, he’s just trying to get even. We’ve got lots of people in America feeling like getting even everybody wants it to be even. Why do we feel that it’s not even? Because we know that they kill us and they don’t go to jail. It ain’t even.

When Law and Order:SVU cast Ice as a cop 9 years later ,the controversy heated up all over again. Law Enforcement groups didn’t like the idea of an artist who sang about killing cops, playing a cop on TV.

Just recently, after the murder of George Floyd, Ice jumped back into the fray with this tweet.

In a June 2020 Washington Post article, Ice-T said the protests confuse people, but they have started to comprehend the truth about Blacks and police brutality.

A lot of people, because this hasn’t happened to them, they don’t know. They didn’t even know police could be as brutal as they were before they seen ’em beating little white girls with billy clubs and pushing old men down in the streets. And they’re like, “Oh my God.” Yes, yes, yes. We’re not making this s— up.

Ice-T in Even now the Line I’m Pushing may not be Radical Enough, Washington Post, June 11, 2020

The more I researched, the more I started to comprehend Hip Hop music’s impact on our society. I found these three TED Talk videos on the subject.

A lawyer and academic Hip Hop researcher talks about how Hip Hop generates false perceptions about race. Those perceptions have some serious legal repercussions.

I like the study she did where they gave test groups a lyric. They told one group it was a Hip Hop lyric. They told a second group the lyrics came from a Country song. You can guess the results!

Christian Hip Hop artist, Lecrae speaks about the history of Hip Hop. He says the government’s War On Drugs help shift Hip Hops lyrics from being socially conscience to rapping about drugs, violence and misogyny. He feels Hip Hop doesn’t have to be a pawn of capitalism, but can be a force for change.

British Rap artist Akala makes some amazing connections between rap music and Shakespeare. I really enjoyed his quiz, where he’d recite lines and then ask the audience if they were rap lyrics or lines from Shakespeare plays!

There are so many other ways music has impacted our society.

The Beatles lead the British Invasion making an impact on music, fashion and politics. 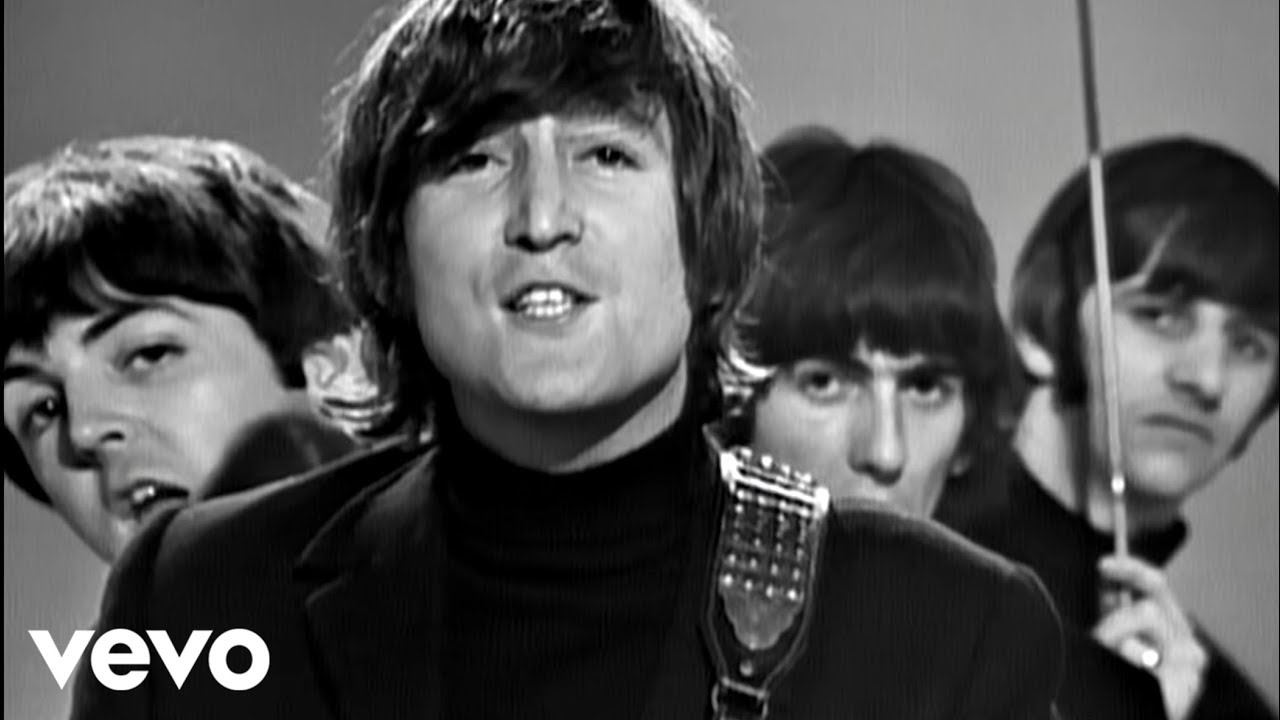 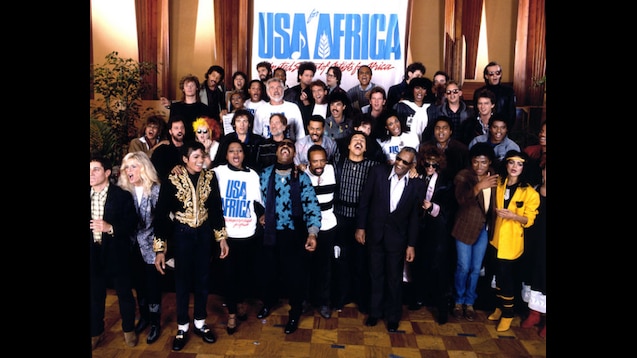 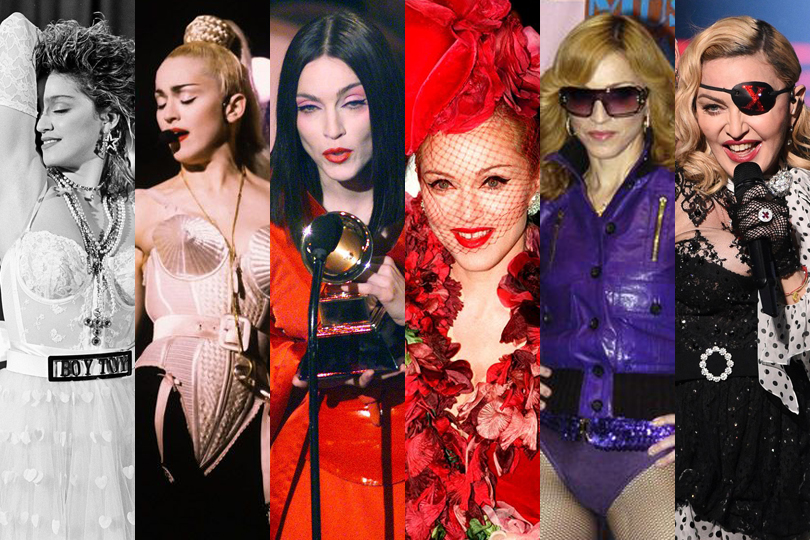 We Are the World lead the way for projects like Live Aid and Farm Aid. Each one brought attention and generated dollars to help combat problems around the world.

So, now, how do you think music has impacted society?
Head on over to the Blog:InTheWind for assignment details.