When I say the word “dog” what image pops in your head? 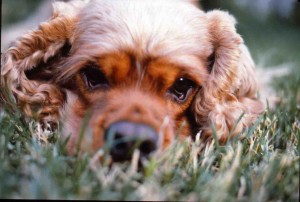 This is the image that pops into my head. This is a my Cocker Spaniel, Roger.

He was afraid of vacuums, loved to toss watering cans, chased racket balls and always made friends with the little old ladies who lived on the other side of the fence.

When he was a pup we had to pay extra to have him groomed because he whined so loud it sounded as if the groomers were torturing him.  It broke my heart when I had to leave him with my brother when we moved out of state. 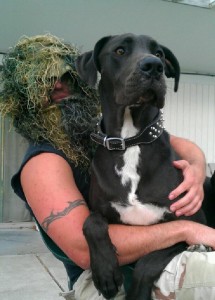 Or perhaps it’s the image of my friend’s Great Dane.  The dog was size of a small horse and ate a ton of food. My friend suffered from Post-traumatic stress disorder after serving in Afghanistan and Iraq.  As a support dog, this Great Dane offered my friend a sense of security.  My friend told me it felt as though someone had his back.  The dog recently died.  It’s going to take a really big dog to fill his paws. 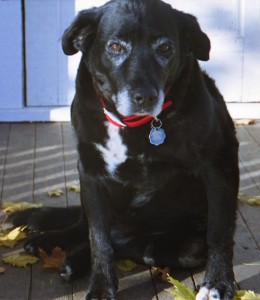 Or is your image of Raven, my dad’s dog.  She rode around the orchard on the back of my dad’s quad.  If I happen to sit on Raven’s side of the seat on the back of the quad, she would reclaim her spot by pushing me over and, sometimes, off the quad.  Yet, if I ever went into an orchard by myself, I would look over a couple of rows and see Raven tracking me.  Like Lassie, I trusted Raven to run back and let my dad know if I were in some kind of danger.

One word and I’ve come up with three different images.  And I haven’t told you about Baby, Dandy, Disc-er, ‘Puce, Wally Moon, Liver or Hottie yet.  Not only did the word “dog” stir up these images for me, but this one word stirred up stories and emotions I’ve experienced with each of these dogs.

One word and I’ve communicated a wealth of information.  Or have I?  My guess is when you read the word “dog” a completely different image popped into your head with an entirely different story to go with it.

A rose by any other name…

Shakespeare coined the phrase “A rose by any other name would smell as sweet.”  That may be true.  The word “dog” probably conjures up similar images for all of us.  A pet. A companion. An animal with four legs and a tail that waggles.

But the word “dog” may also conjure up images of the neighbor’s German Shepards.  As a toddler,  I equated those dogs with a pack of wolves about to attack me.

Some people might even think of something a bit cooler.  If I said the word “dog” to you, maybe you would hear “dawg” and conjure up a much hipper image of the word.

Don’t let the name of the theory chase you away.  It’s really a pretty simple concept.  We call a table a table because that’s the word your parents probably said when the toddler version of you pointed to a table.   If they had used the word “cummerbund” you would have grown up eating Thanksgiving dinner at the cummerbund, doing your homework while sitting at the cummerbund or even playing a round of cards at the cummerbund.

Words are ambiguous, arbitrary and abstract

The bottom line is, words are ambiguous, arbitrary and abstract.   Just take the word “ambiguous.”  How do you describe what ambiguous is without being ambiguous?  Thankfully, that’s what dictionaries are for.  Ambiguous means something that has more than one meaning.  That’s certainly the case for dog.  It could be a cute puppy, a beloved family pet, a growling predator, or a nuisance (as in the neighbor’s barking dog.)

While most words can be traced back to their origins, the words themselves are arbitrary.  Your family may have had a perfectly good reason for calling a table a cummerbund.  That brings me to my story about traveling grapes and bear cookies.

Traveling across country with 4-80 air conditioning

My mom started college my freshman year in high school.  By my senior year she was teaching.  That meant she spent three years going to school year-round carrying at least 18 credits or more each quarter.

To reward herself for pushing her way through college and landing a job in three short years, my mom loaded her five children, ages 6 to 17,  in a car and drove across country in wide track Pontiac featuring 4-80 air conditioning.  What’s 4-80 air conditioning you ask?  Roll all four windows down and drive 80 miles per hour.

There!  Our first example of Social Constructionism.  My family’s word for no air conditioning is 4-80.   Still is.  When the legal speed limit dropped we modified the term to 4-70. 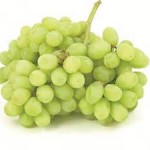 Back to our cross country trip.  It was August and it was hot.  We’d load my brothers and sisters into the car at 4:30 in the morning and get several hundred miles behind us before they woke up for the day.

My little brothers always wanted snacks, but giving a 6 and a 9 year old chocolate on a hot summer day is asking for a big mess. So my mom packed Thompson seedless grapes in a cooler.  We’d make a rest stop, my brother’s would grab some grapes and we’d be on our way.  No wrappers.  No chocolatey hands or faces.  Just yummy sweet grapes in their tummies.  And, because they were biodegradable, we could throw the stems out the window without littering.

After our trip, my mom took my little brother grocery shopping.  He pointed to the Thompson seedless grapes and asked “Mommy, can we get some traveling grapes?”

There!  My youngest brother is a social constructionist!  He arbitrarily picked the name “traveling grapes” to identify what you might call Thompson seedless grapes. To this day we still refer to green table grapes as traveling grapes. 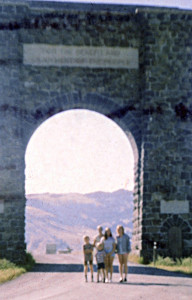 On our cross country trip we drove through Yellowstone National Park.

That’s a very fuzzy picture of our crazy crew standing under the north entrance gate just outside of Gardiner, Montana. (I’m the tallest one on the right.)

We were really psyched about going to Yellowstone because it meant we would get to feed the bears.  Our mom told us stories about driving through the park when she was a child. They’d stop the car and bears would wander up . Then she and her brothers slipped cookies through the window for the bears to eat.

This picture gives you an idea what we were expecting. 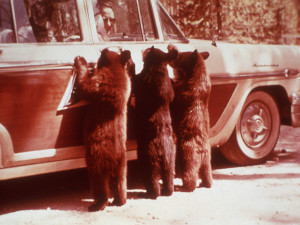 The night before driving into into Yellowstone we stopped at a grocery store.  We purchased a half dozen day-old chocolate chip cookies.  Those were the cookies we would roll our windows down ever so slightly and slip through the crack to feed the cute, hungry little bears.

What we didn’t know is that between the time my mom went through Yellowstone and when we went through, park policy had changed.  All garbage cans had bear-proof lids.  The park buried all the garbage dumps.  The bears’ source of snacks dried up, forcing them back into the woods to eat a more bear-like diet.  Even if we wanted to break park rules and feed the bears we couldn’t, because there were no bears to be found along the park’s main roads.

So the cookies designated for the bears got tossed into the back window of the old Pontiac.  A few hours in the sunlight and those day-old chocolate chip cookies got soft, gooey and warm.  In a car of five growing kids, those cookies became tempting.  By the end of the day all those cookies were gone, eaten by “bears” inside the car.  Now, in my family, we refer to hard day-old cookies as bear cookies.  Just warm ’em up a bit and grab a glass a milk and you’re in business.

There!  We constructed a word to describe a fairly abstract type of cookie.

Chances you use names for people, places or things that were socially constructed by your family.  They make sense to you, but they may not make sense to others.

For example, did you understand the term “traveling grapes” before I told you the story?  Even though you do have an understanding of the term now, “traveling grapes” carries a lot more meaning for my brothers and sisters.  It’s interwoven with other events like the “hysterical monuments,”  Mike’s Creek and having the car break down in Rapid City, South Dakota.  Traveling grapes means something different to them than it does for you.

The terms OTS, two-shot, package and as-if-live have very specific meanings to my broadcast news students.  To you they will mean nothing or something all together different.  Chances are you use jargon at your job to communicate information quickly to your co-workers.

Sometimes we use similes, metaphors and alliterations to communicate messages.  It’s more than just the content of the message… who says it, the context in which they say it and how they say it… that is what’s being communicated.

My dad used to grab Raven by the tail and say “Got’s to cut the dog’s tail off at the neck.”  Don’t ask me why.  He just did. Dad said it to communicate how much he loved the dog.  Yeah, I know, it’s a mixed message.

Once, I shared the story of my dad saying ““Got’s to cut the dog’s tail off at the neck” with a group of students.  They immediately expressed shock, appalled at my father’s obvious violent tendencies.  I had no idea what they were talking about.

When my dad said “Got’s to cut the dog’s tail off at the neck” it was in such a goofy way that we knew he was kidding.  He loved that dog and would never harm a hair on her hairy neck.  (Frankly, there were times I was jealous, but Raven was so smart and friendly, it was hard to stay jealous for long.)  It was only after that encounter with my students that I actually heard how cruel, sick and demented the phase sounded. The phrase communicated a very violent message to them.  An entirely different message to me.

Well, tired of talking to ya…

One last dad story.  My dad lived and breathed growing cherries.  As a farmer, he often stopped his truck in the middle of a gravel road to talk to another farmer driving in the opposite direction.  These conversations blocked the road.  The conversations generally ended when another truck drove up behind my dad and needed to get by.

One time, in the middle of an in-depth conversation with the irrigation district manager, my dad spotted in his rear view mirror a truck pulling up  behind him.  My dad turned to the irrigation manager and abruptly said “Well, tired of talking to ya,” threw his truck in gear and drove off.

The irrigation manager sat in his truck dumbfounded.  Why would my dad be so rude to him?  Then he saw the approaching truck coming down the road.  Knowing my dad’s sense of humor and understanding the situation, the irrigation manager knew my dad wasn’t being rude.  Dad just told him, in a joking manner, that the conversation had to end.

To this day, my family will often end conversations with the phrase, “Well, tired of talking to ya.”  That seems like a good way to transition from this blog to your assignment!

What words or phrases has your family, friends or work mates socially constructed?  How did the word or phrase come about and what does it mean? Post your answers to the Traveling Grapes & Bear Cookies discussion board.